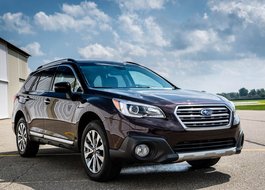 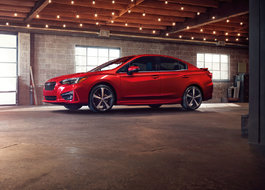 SUBARU is an outstanding brand, which used to be a part of "Fuji", which is another famous company. It was an idea of Kenji Kita, who used to be an engineer at Fuji, to found a separate automotive brand. P-1 (or "1500", as it was called on an international market) was the first car designed by SUBARU, was introduced in 1954. It is worth mentioning that the technical design was not developed by SUBARU. In fact, it was purchased from RENAULT. However, this purchase has ignited a fundamental motivation for SUBARU to design their products relying entirely on their own projects. SUBARU Leone, which was introduced on 1970s has gained a huge portion of popularity due to its all-wheel-drive and other perfect characteristics, as well as the next model R-2. Later the company presents a great deal of commercially successful car models, including such legendary cars as Subaru Impressa, which has been extremely popular since 1992, and Subaru Forester, which is the best selling car by this manufacturer.
Dreaming of driving a brand new SUBARU? Make your dreams come true with us! We have been dealing with the UAE car market for more than 15 years and offer you a great choices, perfect transaction conditions and safe delivery! We are looking forward to hearing from you at Deals4Wheels!